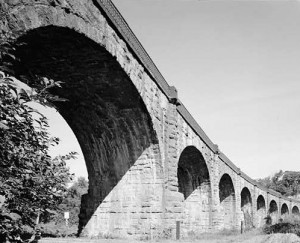 James D. Dilts, architectural and railroad historian, discusses the engineering and construction of the B&O Railroad’s 1835 bridge at Relay, MD, its role in history, its meaning today, and the celebration plans for this National Historic Landmark.