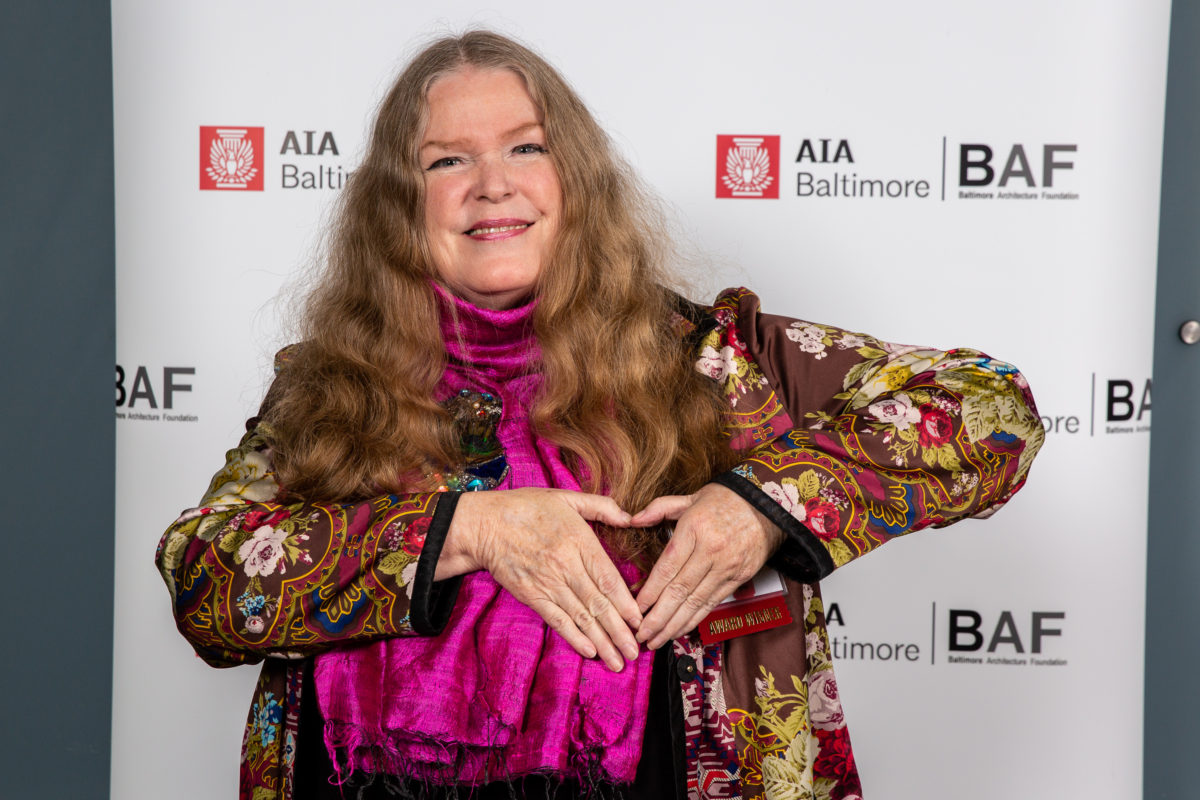 Congratulations to BAF award winners! We hosted our awards with AIA Baltimore at the Columbus Center on October 18 (You can see photos of the celebration on the AIA Baltimore Facebook Page).

We are proud to announce the winners of the Golden Griffin and Roger D. Redden Awards:

Golden Griffin Award – Enoch Pratt Free Library
The selection of Enoch Pratt Free Library was based on the Library’s patronage of architecture in Baltimore, including contemporary design and a commitment to maintenance of historic buildings. In addition to physical contributions, the library system has maintained a valuable archive of information regarding the history of Baltimore’s built environment.

Roger D. Redden Award – Rebecca Hoffberger
The BAF selected Rebecca Hoffberger for her role as founder, director, and principal curator of the American Visionary Arts Museum (AVAM). In her role at AVAM, Hoffberger has had a significant role in celebrating arts and culture in Baltimore and has shown a long-standing commitment to architecture, art and design.

In addition, Rahmah Davis, a Bachelor of Science in Architecture student at Morgan State’s School of Architecture + Planning received the AIA Baltimore/BAF Fellows Leadership Award to support her on the path to becoming an architect.

Learn more about the awards, including all the AIA Baltimore Excellence in Design Awards winning projects.