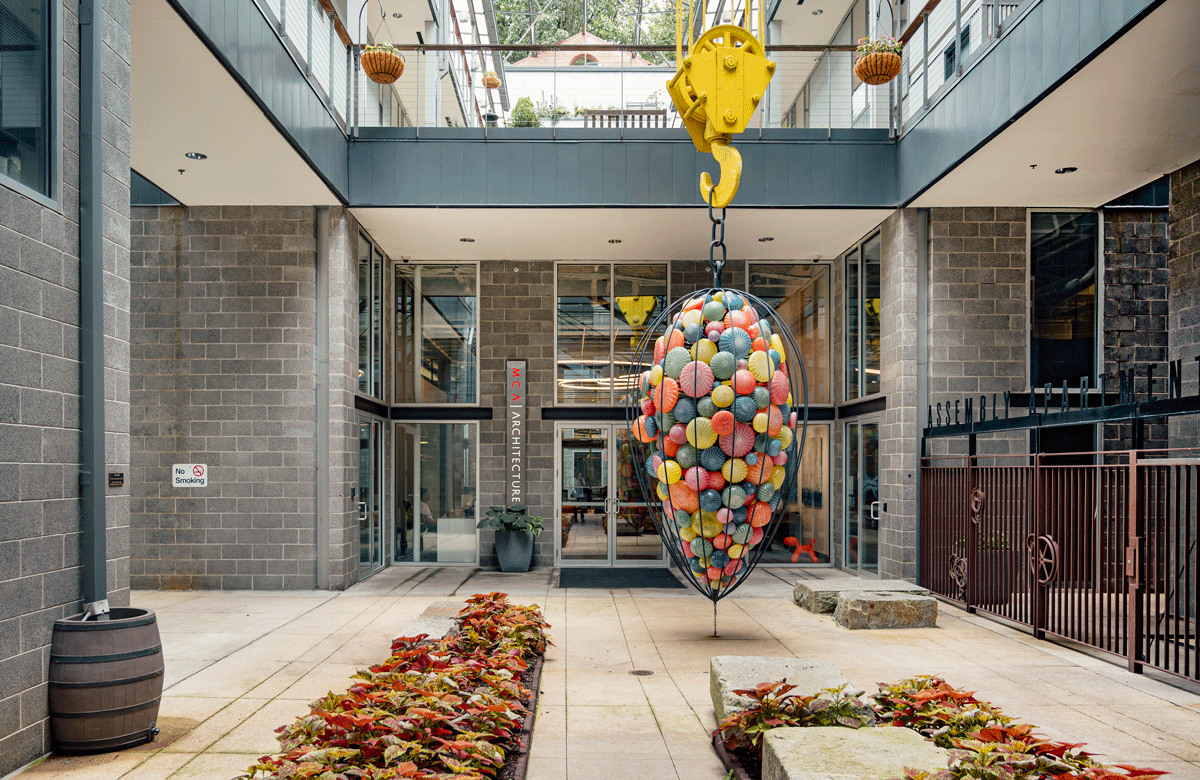 Start/end your tour at the Blue Pit BBQ (1601 Union Ave), which is offering offering a special Doors Open seasonal cocktail.

The buildings at Clipper MiIl originally housed the Pool & Hunt Foundry and Machine Works, at its peak the largest machine shop in Maryland. The company forged and fabricated a vast number of iron and steel industrial components, from giant water wheels to battleship turrets. The columns for the peristyle of the Capitol Building in Washington DC were fabricated here, as well as the columns of the Hampden library. MCA Architecture is located in the erecting shop where the company’s largest machines were assembled. Take a peek inside this unique office. Presentations and tours available.

Whitehall Mill is one of a collection of historic textile mills located along the Jones Falls. It was originally the site of a late-18th century flour mill. In 1839, industrialists purchased it and converted it to a textile mill for weaving cotton duck, a tightly woven canvas used to make ship sails. Over the years, the mill was expanded, burned, rebuilt, renamed, and converted to a number of different commercial uses. After burning in the 1850s, the mill was rebuilt and expanded over the following three decades as business continued to grow. Textile operations ceased in 1925.

The mill was renovated into a mixed use development featuring a restaurant, market, apartments and office space, including the landscape architecture firm Mahan Rykiel Associates.

The Howard P. Rawlings Conservatory opened in 1888 and is the second oldest steel frame and glass building still used in the United States. The conservatory originally consisted of the historic Palm House and Orchid Room. In the 1920s, production greenhouses were added to support the collection. In 2004, after a major renovation and expansion, the production greenhouses were transformed into three distinct biomes featuring plant material from tropical, desert and Mediterranean climates. Come on a tour of the conservatory and enjoy one of the finest orchid collections on the East Coast!\

In order to preserve Baltimore’s public transportation, the Baltimore Streetcar Museum (BSM) was created in 1966 to house a collection of 19th and 20th century streetcars. In 1885, Baltimore launched one of the first electrified streetcar lines in the country, running from Downtown to Hampden. At its peak in 1929, Baltimore’s streetcar system included over 400 miles of track. The museum houses about 20 vehicles and a transit research library. Come learn about Baltimore’s early public transit system for free or enjoy a streetcar ride for $5.