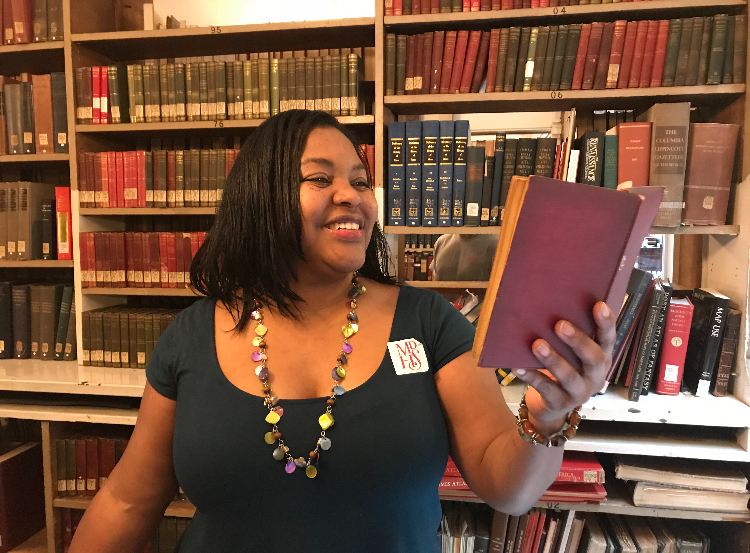 “I lost my heart to the Enoch Pratt House! To learn about the story of Enoch Pratt, how much he contributed to the help of others, and how much is needed to restore his house, inspired me to want to help bring the house back to its former glory,” says Della Dorsey, a Doors Open Baltimore 2018 attendee. “I enjoyed learning how Enoch Pratt was friends with George Peabody and their contemporary Andrew Carnegie. It was their philanthropic spirit that made Baltimore a very special place.”

Della is a voice actor who currently lives in Howard County and has been seeking ways of getting to know Baltimore. She was thrilled to learned about Doors Open Baltimore back in September while attending a fundraising event at the Baltimore Museum of Industry, which was one of the five DOB 2018 Info Hubs. In addition to the Pratt House, her DOB exploration involved visiting a handful of sites located in the Mount Vernon neighborhood, such as the Maryland Historical Society, Marburg Mansion, and the George Peabody Library.

“Doors Open Baltimore is much more than an appreciation of architecture—every site has its own unique vibe and story. We went to the The Walters Art Museum where the featured artist was Roberto Lugo. I was delighted to learn about this wonderful gentleman’s art and witness how he took such a classic shape, the Ming Vase, and meshed contemporary issues and people into a piece of art that tells a story. The Walters is a hidden gem.”

We greatly appreciate you sharing your Doors Open Baltimore story, Della! Hopefully we’ll see you next year at DOB 2019!