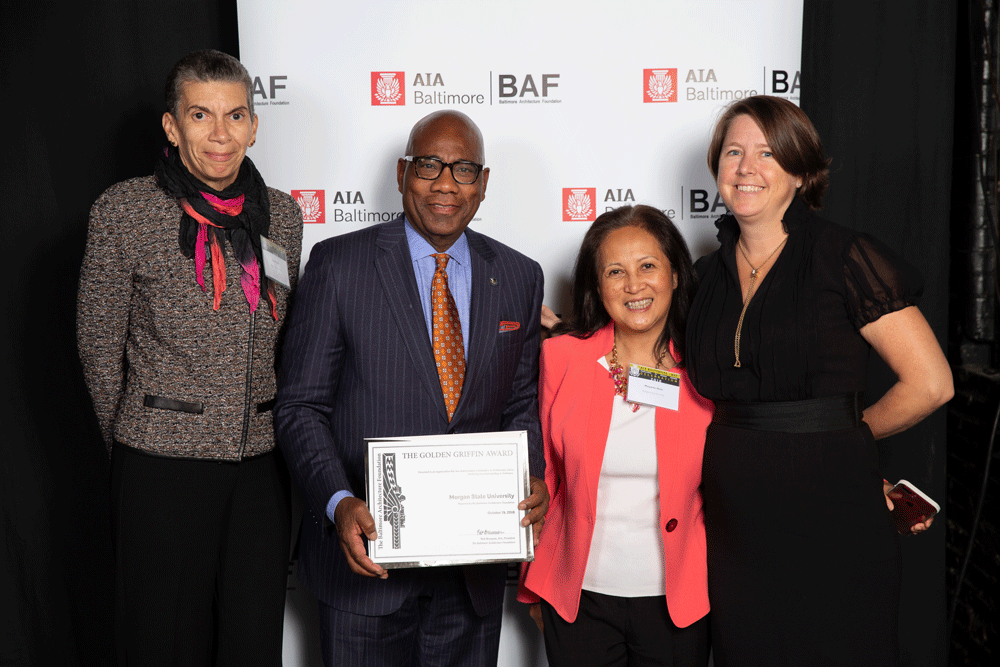 Congratulations to all the 2018 AIA Baltimore and BAF Excellence in Design Awards Winners, and a big thank you to all the volunteers and sponsors who made the celebration at Center Stage possible!

Morgan State was selected based on the University’s significant contribution to Baltimore’s built environment through its historic campus (designated a National Treasure by the National Trust for Historic Preservation) and new buildings, as well as neighborhood revitalization through programs such as the Morgan Mile; and in recognition of the University’s 150th anniversary in 2017. The history and role of Morgan SA+P and CBEIS in educating the next generation of architects, and contributing to diversity in the design professions, is a very important part of this award. 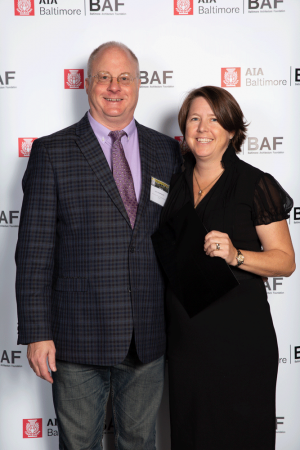 Mr. Humphries was selected for significant contribution to Baltimore’s architecture and built environment through scholarship and publication on Baltimore architectural history; outstanding leadership with the Mount Vernon Place Conservancy and key role in the restoration of the Washington Monument, as well as numerous contributions to advance the Baltimore Architecture Foundation and its mission.