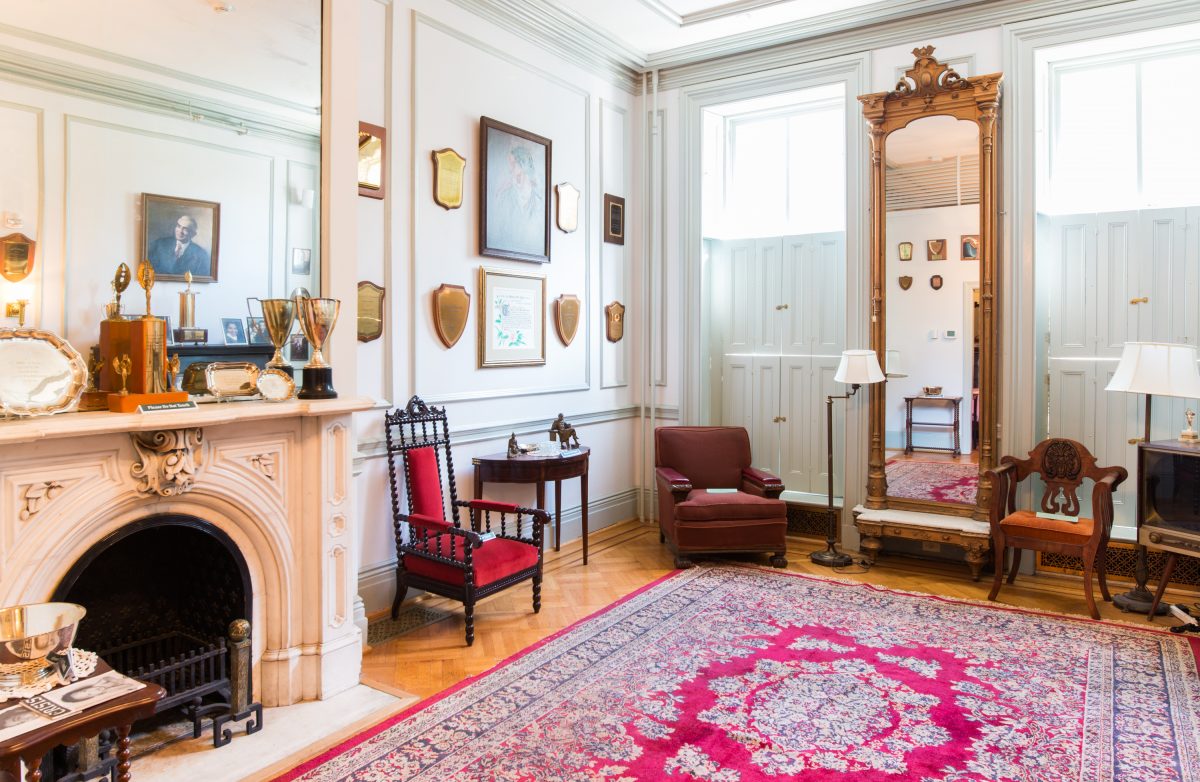 Central West Baltimore is rich in African American history. Upton was at the center of the civil rights movement in Baltimore and Pennsylvania Avenue served as the community’s lively shopping and entertainment strip. Explore the area’s past and get to know some of the groups and organizations that call it home today.

Completed in 1808, the chapel is one of the earliest examples of Neo-Gothic architecture in the United States. The seminary was home to Saint Elizabeth Ann Seton, the first US-born saint canonized in the Catholic Church. The basement of the chapel was used by Black Catholic refugees from Haiti and is the mother church for the first black Catholic congregations in the city.

Come explore Orchard Street Church, the city’s oldest standing structure built by African-Americans in Baltimore. Founded and organized by Truman Pratt—a free black man born into slavery in Anne Arundel County—Basil Hall and Cyrus Moore, the church was erected by slaves and black freedmen.Visitors will tour various areas of the Church such as the sanctuary, boardroom adorned with Royal Theater curtains, Raymond V. Haysbert Center for Entrepreneurship, and site believed to be associated with the underground railroad.

The Classic Revival structure that houses the Eubie Blake National Jazz and Cultural Center was originally constructed for the Baltimore School of Dental Surgery. Maryland Governor William Donald Schaefer attended classes here when it served as the University of Baltimore School of Law. The building later served as home to the Maryland General Hospital School of Nursing. Born in Baltimore in 1883, Eubie Blake became a jazz legend, composing more than 350 songs and co-writing Shuffle Along, one of the first Broadway musicals to be written and directed by African Americans. The Eubie Blake National Jazz and Cultural Center moved into the building in 2000, and now features performances, exhibits, film series, dance workshops, speakers, youth programs and rental space.

The Oheb Shalom congregation was established by 21 German Jews in 1853. Built in 1892, the former Temple Oheb Shalom was modeled after the Great Synagogue of Florence. The temple is a reminder of the Jewish community that thrived in the late nineteenth century in Northwest Baltimore. The congregation moved to Pikesville in 1960 and Prince Hall Grand Lodge purchased the building under the leadership of Samuel T. Daniels. Prince Hall Grand Lodge has boasted such notable members as Baltimore-born Supreme Court Justice Thurgood Marshall and jazz musician Eubie Blake. In 1964, Dr Martin Luther King Jr. visited the lodge to campaign on behalf of President Lyndon B. Johnson. Come visit for a guided tour!

Lillie May Carroll Jackson, known as the mother of the Civil Rights movement, headed the Baltimore Chapter of the NAACP from 1935 until 1970. Upon her death, she left her home, which had served as the chapter’s operations center, to her daughter Virginia Kiah for the construction of a museum. Virginia opened a free-to-the-public, Civil Rights museum in the house in 1978 featuring photos, documents and memorabilia from the movement. Morgan State University now owns the museum and conducted a $3 million restoration in 2012. On June 11, 2016, there was a ribbon-cutting ceremony to dedicate the reopened museum.

One of the oldest congregations in African Methodism, Bethel AME Church was originally incorporated in 1811. In 1847, Rev. Daniel Payne purchased the pipe organ to be used during worship and Bethel Baltimore became the first AME Church to have instrumental music during church services. The congregation purchased this church 1910. This year the congregation is celebrating the 150th anniversary of the laying of the cornerstone!

Arabbers are street vendors who sell fruits and vegetables from colorful horse-drawn carts. Arabbing began in the early 19th century in cities along the East Coast and many African American men entered the trade following the Civil War. With the prevalence of supermarkets and the challenges associated with establishing and maintaining stables, the arabber tradition is now on the brink of extinction. The Arabber Preservation Society was formed in 1994 to renovate and promote the preservation of arabber stables. 1102 Fremont Avenue has been an arabber yard for ten years and is one of the last remaining active stables in Baltimore. In 2016 it became the 36th Maryland horse discovery center.