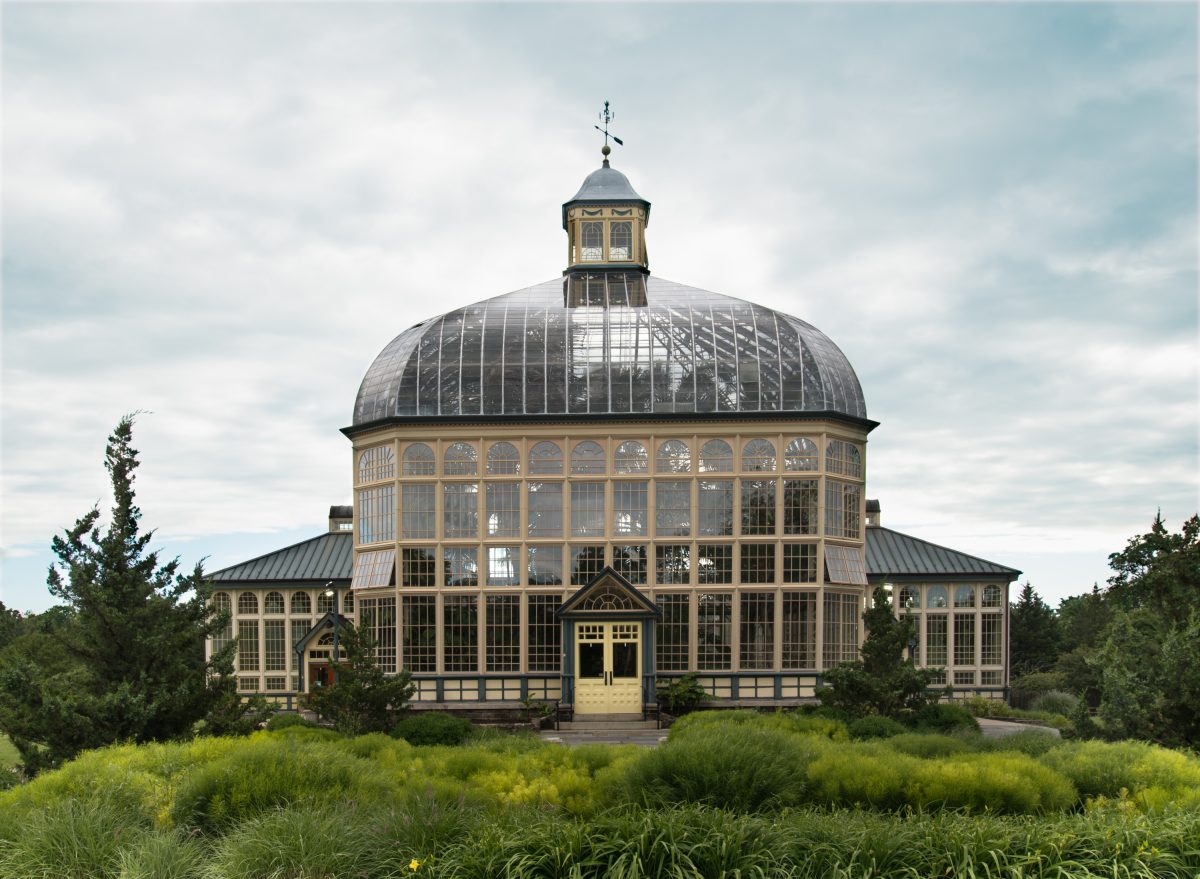 Start/end your tour at the Birroteca (1520 Clipper Rd), which is offering offering 15% discount on all food and beverages for DOB-visitors!

The Howard P. Rawlings Conservatory opened in 1888 and is the second oldest steel frame and glass building still used in the United States. The conservatory originally consisted of the historic Palm House and Orchid Room. In the 1920s, production greenhouses were added to support the collection. In 2004, after a major renovation and expansion, the production greenhouses were transformed into three distinct biomes featuring plant material from tropical, desert and Mediterranean climates. Come on a tour of the conservatory and enjoy one of the finest orchid collections on the East Coast!

Biohabitats at The Stables Building

Biohabitats, an organization that applies the science of ecology to restoring ecosystems and habitats is located in the former stables building of the Poole & hunt Foundry. The building features its original stone walls and timber beams, and as part of its restoration, the country’s first “living wall” of lives plants used to filter the air. Every detail of the building is focused on sustainability and the environment.

This massive space was originally the foundry of the Poole and Hunt Foundry and Machine Works. Built in 1870, it was here that molten iron was shaped into the components of the impressive machines the firm manufactured. The Poole and Hunt legacy lives on with Gutierrez Studios, a firm that provides design, engineering, fabrication and installation services. Explore their 20,000 square foot workshop on a guided tour where the studio’s craftspeople produce high quality products for the built environment, including stools, tables, benches, and lighting, to staircases, signage, sculptures, and even trash cans.