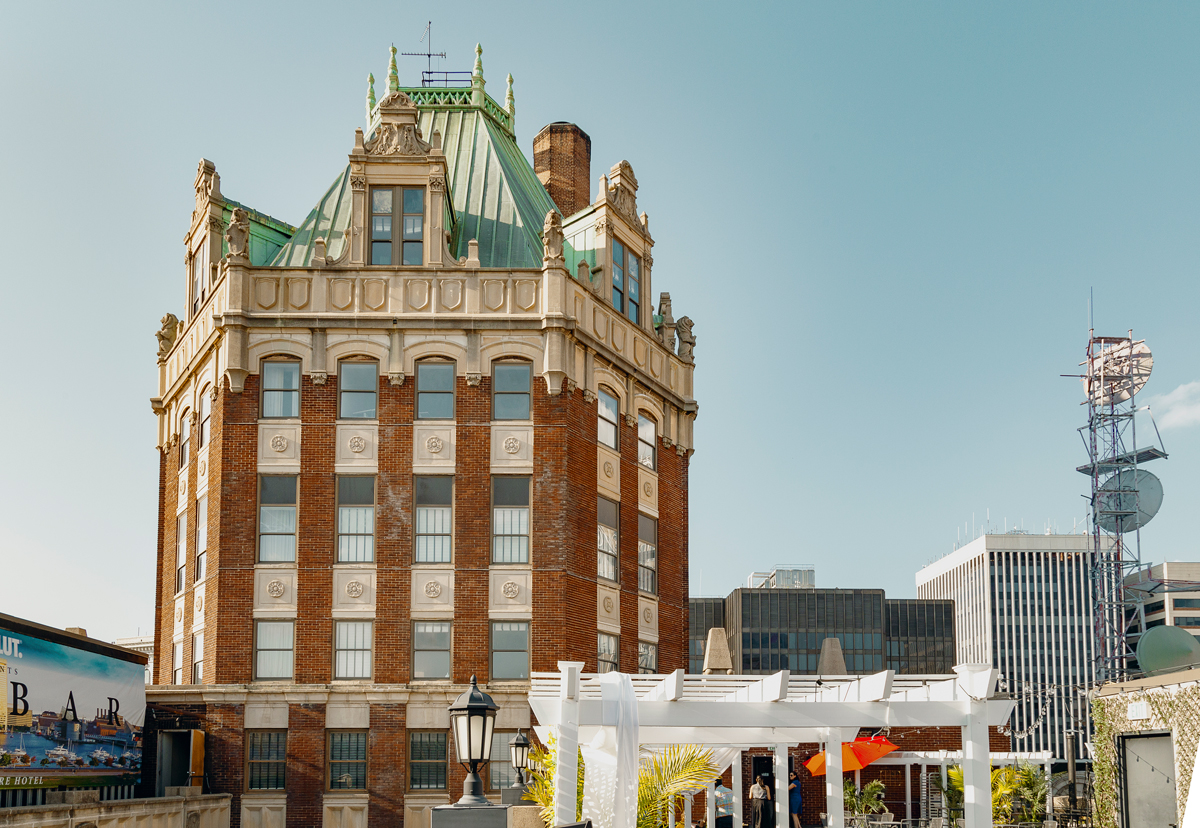 This self-guided tour leads you through nearly three centuries of living and working in Downtown Baltimore, from the 18th century home that hosted George and Martha Washington to one of Baltimore’s remaining grand downtown hotels of the 20th century.

Built in 1928, the Lord Baltimore Hotel embodies the style of early 20th century high rise hotels before the rise of Art Deco. Newly renovated in 2014, the two-story grand lobby is not to be missed! The main entrance is on Hanover Street. Take a look inside one of the few remaining historic grand hotels in Baltimore.

Constructed in 1916, The Baltimore Gas and Electric Company Building was tied with the Bromo-Seltzer Tower be the tallest building in the city until Silo Point was built 1923. The Beaux Arts style facade features intricate window surrounds and bas relief sculptures. The building was converted to apartments in 2006. Come for a guided tour and light refreshments!

The Irish Railroad Workers Museum consists of two renovated alley houses built in 1848 to provide housing for the growing number of workers employed by the B&O Railroad. One of the houses is furnished in 1860’s fashion, reflecting the lives of the Irish-immigrant family who lived there, while the other offers changing exhibits relating to Irish-American history and local life. Stop by and have a look at the other side of the spectrum of living and working in Baltimore in the mid-1800s.

Listed on the National Register of Historic Places and located on the Washington-Rochambeau National Historic Trail, this majestic home hosted George and Martha Washington, and is believed to have been part of the Underground Railroad. Once pegged for demolition, the home was impeccably restored beginning in 2005 and opened as a bed & breakfast in 2010. Come and visit the uniquely furnished guestrooms and their the authentic antiques, that reflect the original architectural style of an upper-class 18th Century home in Baltimore.