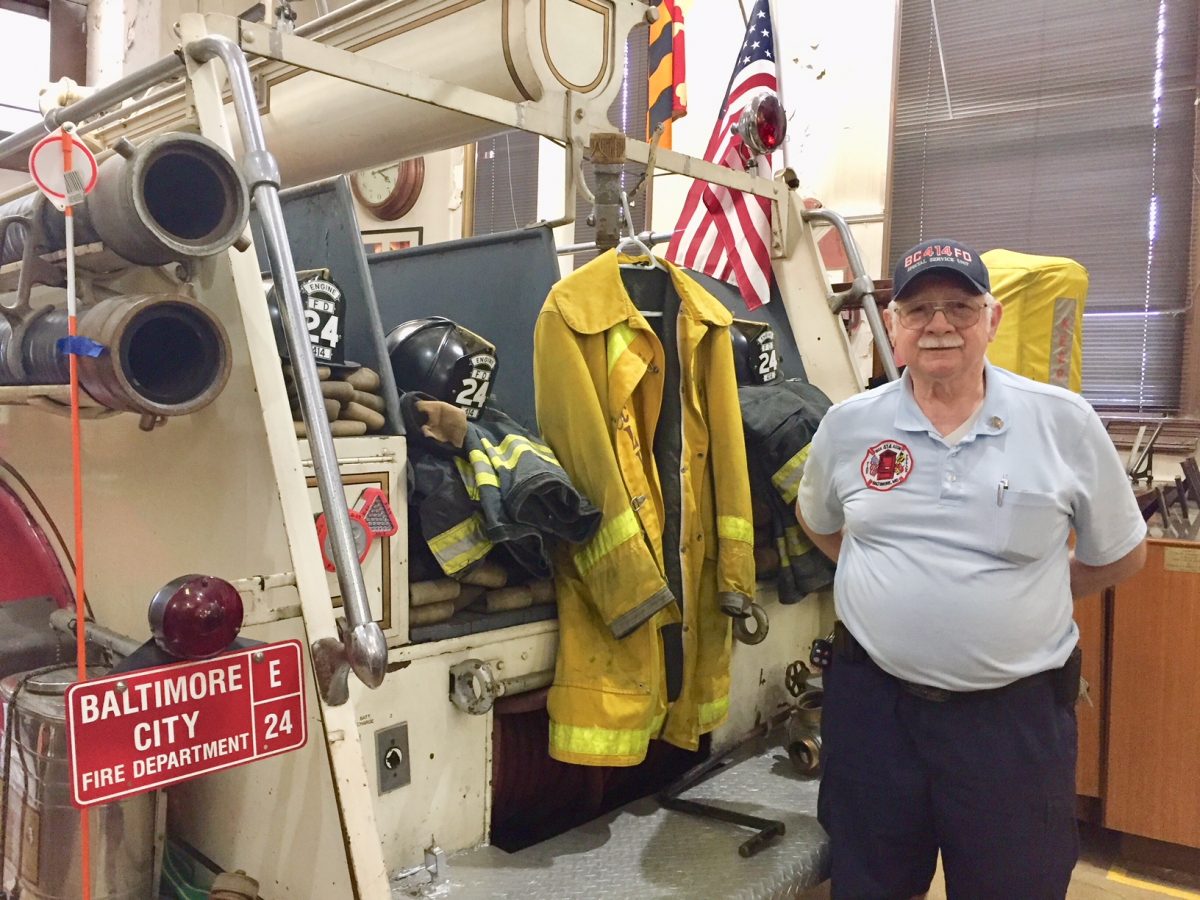 Housed in the former quarters of Engine House No. 6, the Baltimore City Fire Museum will open its doors to the public for an entire weekend as one of the newest Doors Open Baltimore 2018 sites. The wedge-shaped museum with the distinctive Italianate tower at Gay and Ensor Streets was one of the oldest active firehouses in the United States until closing in 1975.

The museum and all its artifacts are overseen by the Box 414 Association. Named after the first fire alarm box pulled during the Great Baltimore Fire of 1904, Box 414 is a civilian organization dedicated to serving the men and women of the Baltimore City Fire Department while preserving its history.

“We go out to all second alarm fires and serve the firefighters by providing food and refreshments out of our mobile kitchen,” says Charles W. Shultz, Assistant Curator of the museum. “We were incorporated in 1949, but these guys have been doing this way before that. We’re fire buffs, people who like to go to the fires, watch the firefighters work, and take an interest in the operations of the fire department.”

As a new Doors Open Baltimore site, the Baltimore Fire Museum hopes being open the entire weekend will increase awareness of the museum’s existence and bring more people through the door when they open every third Sunday of the month.

“This is one of the few museums that is strictly one fire department—we tell the story of the Baltimore City Fire Department,” Shultz says. “The reason we do just one day a month is volunteer availability for one thing, plus the amount of people coming in. But I’m committed to opening this museum at least once a month just for the public.”

Doors Open Baltimore visitors will have the chance to explore the museum’s diverse collection of artifacts ranging from parts of a Playboy Bunny costume salvaged from the 1969 fire at Baltimore’s Playboy Club, to burnt relics from the 1962 fire at the Baltimore & Ohio Railroad’s Mount Clare Shops. The museum includes miniature models crafted by former firefighters and life-size fire vehicles and apparatuses. Each display and artifact tells a different story, such as how the site served the community during the Great Baltimore Fire, how Baltimore firehouses were alerted of fires using the telegram system, and how ambulances were utilized prior to becoming civilian transports.

Through self-guided exploration on Saturday, October 6, and guided tours on Sunday, October 7, Doors Open Baltimore participants will have a rare opportunity to explore a nineteenth century firehouse and learn about the early history of Baltimore City’s Fire Department.