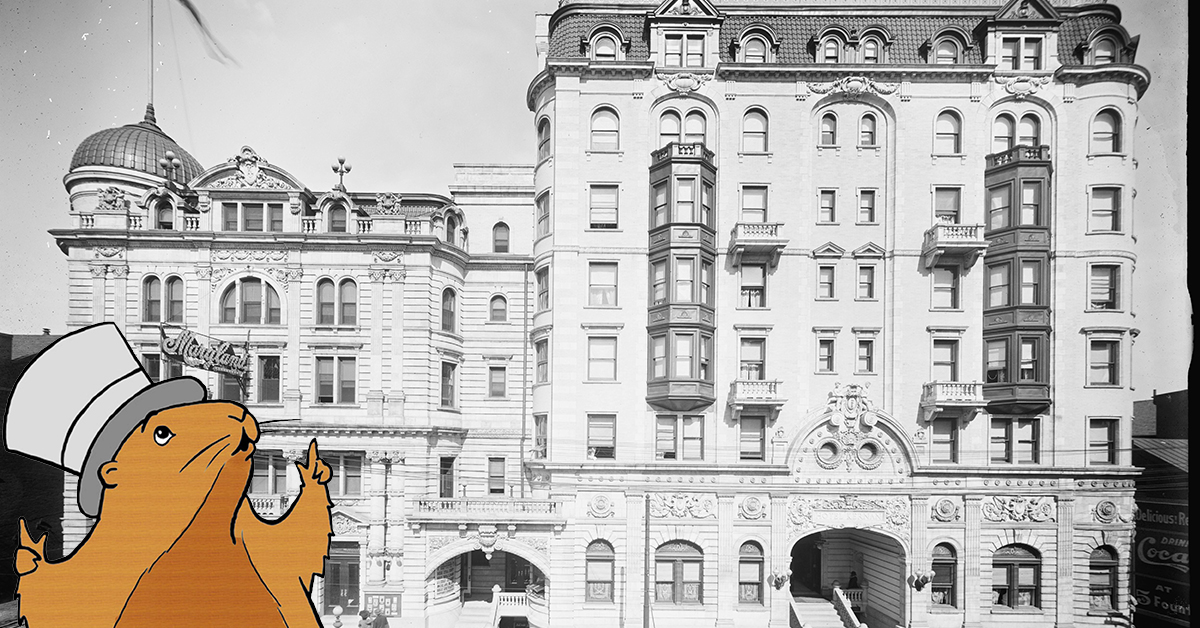 Join the Baltimore Architecture Foundation for our annual party and fundraiser at the iconic Marble Bar. We’ll be spinning Marble Bar favorites from the 70s & 80s and Super City will be performing live!

Party tickets sold out! A limited number of Cocktail tickets are still available.

Ring in the most important holiday of all—Groundhog Day—with the BAF. Mingle with fellow lovers of Baltimore architecture as we revive one of Baltimore’s most iconic venues for one night.

This event is a major fundraiser in support of BAF and its many programs, from fostering the next generation of architects, to promoting the value of Baltimore’s architectural legacy to the public. Programs include tours, scholarships, publications, exhibitions, and the annual Doors Open Baltimore event.

The Baltimore Architecture Foundation is a 501(c3) nonprofit organization. Tickets are tax deductible to the extent allowed by law.

About the Marble Bar
From Explore Baltimore Heritage:

“…the Marble Bar still represented a place where musicians and members of the underground punk scene could gather and commiserate – the Marble Bar was not just a nightclub, but the center of a community. At its peak, bands like the Psychedelic Furs, REM, and Iggy Pop played the Marble Bar before becoming nationally recognized, and underground Baltimore stars like Edith Massey found her way to the Marble Bar as well. While the new sound of punk was not setting any trends – the style had already caught on in other cities across the nation – the Marble Bar remained one of the few to embrace that sound, creating a space for underground music in the city amid the more popular disco movement.”