2017 marked the BAF’s 30th anniversary, a milestone that presented the board of directors under the leadership of Rob Brennan, AIA, a great opportunity to look to the past and lay the groundwork for the future, as the foundation expands its programs and audience. 2017 also marked the largest Baltimore Architecture Month to date and the BAF hosted a wealth of memorable tours and programs, from a tour of a modernist Alexander Cochran home to a lecture about Maryland’s early African American architects.

The Fellows Leadership Award was established in 2014 by the Fellows’ Committee of AIABaltimore and the Baltimore Architecture Foundation to support Morgan State University’s School of Architecture and Planning (SA+P) undergraduate degree program. Recipients of the award are among the best students in the Bachelor of Science in Architecture and Environmental Design program and demonstrate leadership and service in their academic program at the SA+P. 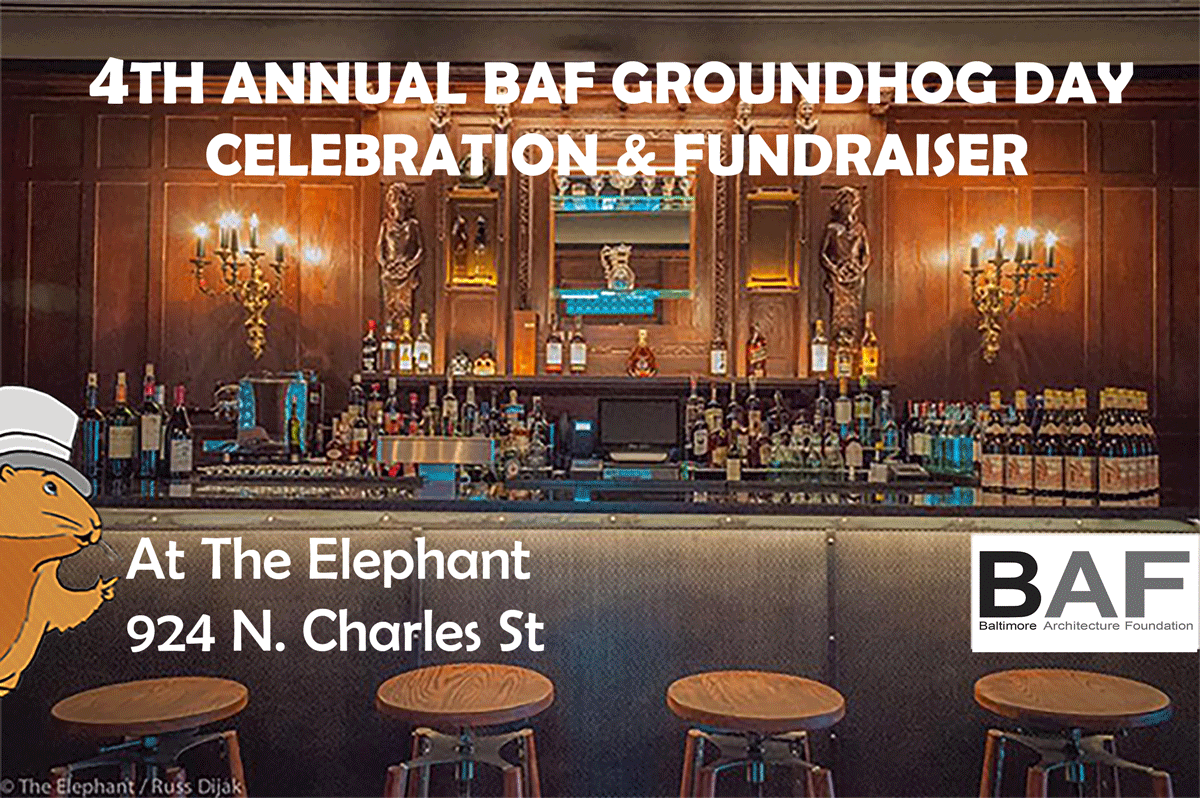 The BAF held its annual Groundhog Day party at the Elephant this year, located in a beautiful house adorned with Tiffany glass and Lockwood de Forest woodwork. Each year the BAF seeks out an architectural gem to play host to the party. Save the date for the 2018 Groundhog Day Celebration on Friday, February 2, 2018. 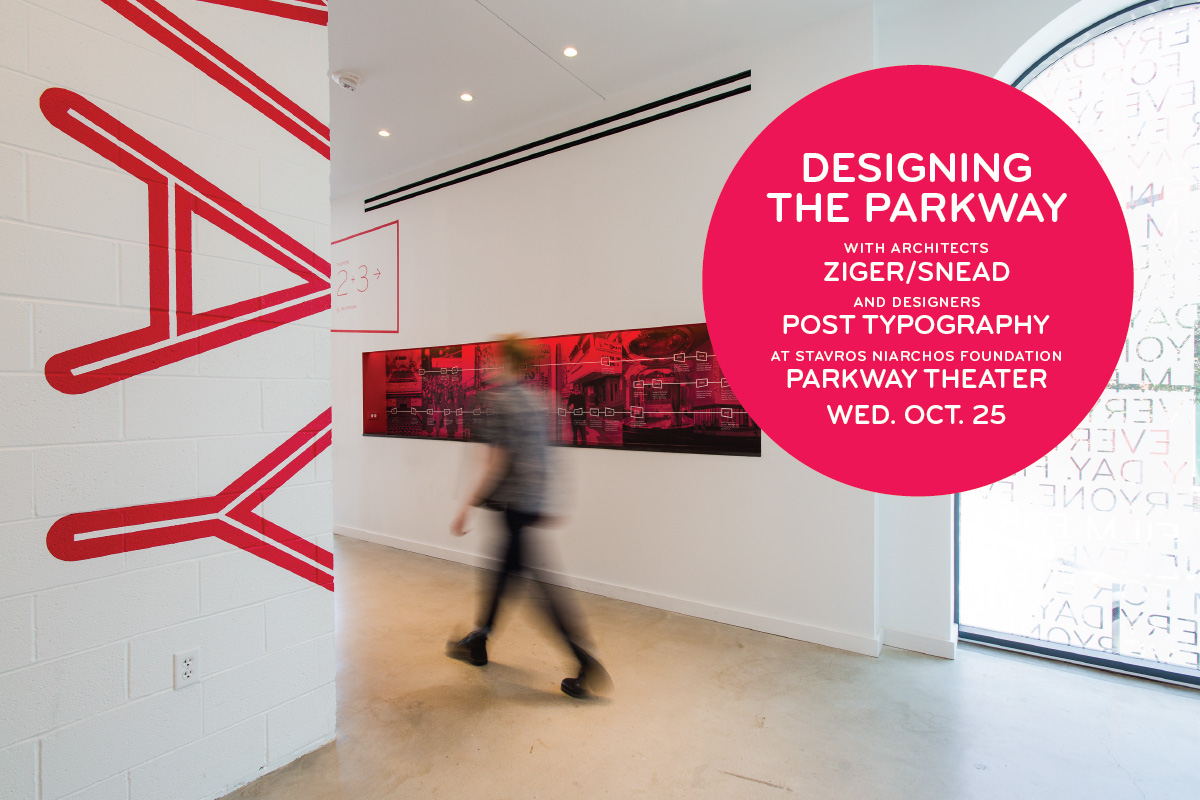 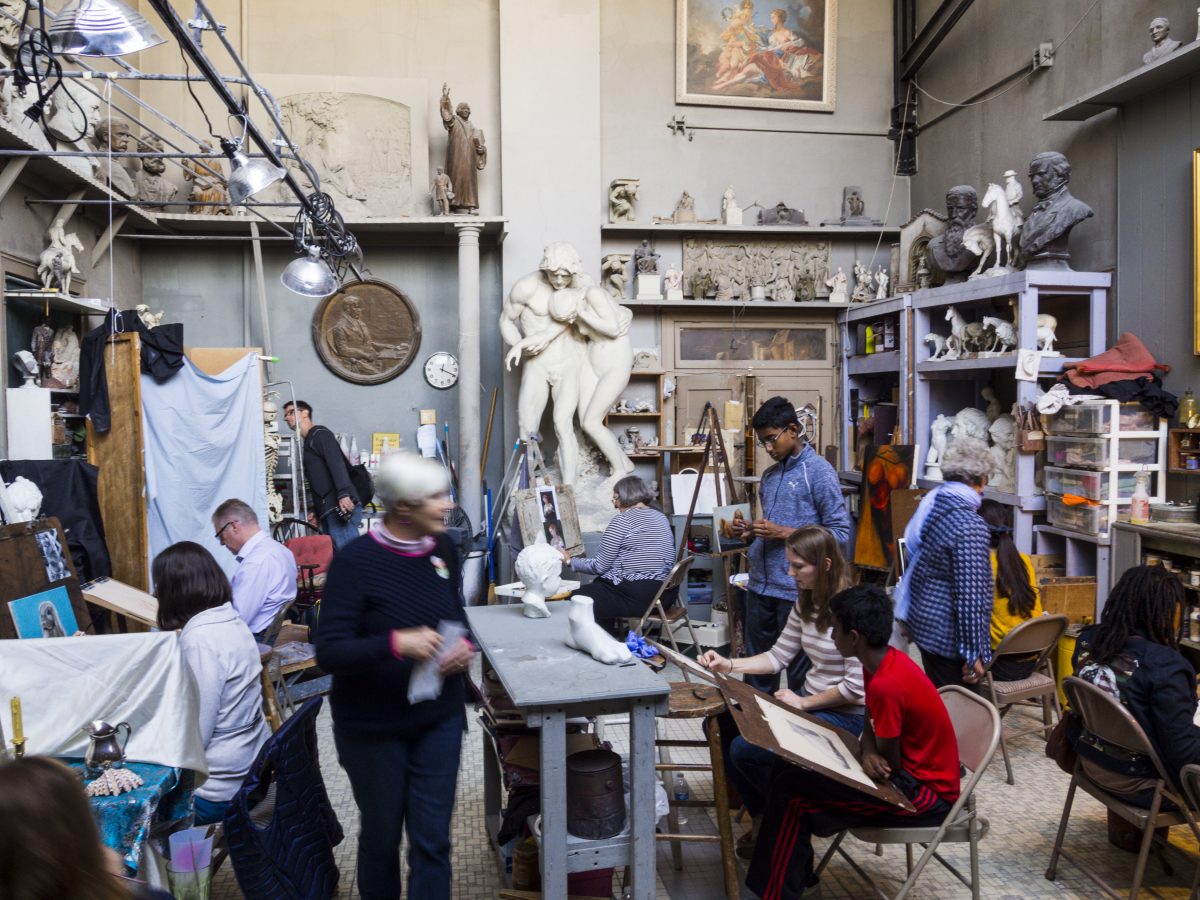 The largest event of Baltimore Architecture Month was Doors Open Baltimore, now in its 4th year. Granting access to 50 buildings across the city, the event expanded to the full weekend with over 20 guided tours and special events. Survey results from attendees revealed that 90% of visitors learned something new about Baltimore architecture and 53% of people changed their opinion of Baltimore for the better as a result of participating in the event. The 2017 Doors Open Baltimore Kick-Off Lecture, presented by Morgan State professor Dale Green, uncovered the lives of Maryland’s early African American architects for the first time to a large public audience. The AIABaltimore Emerging Professionals committee organized the  Instagram photo contest and the Future Architects Resources (FAR) organized a scavenger hunt for kids. See photos from the event on Facebook and read stories from the event on our website. A big thank you to our sponsors! 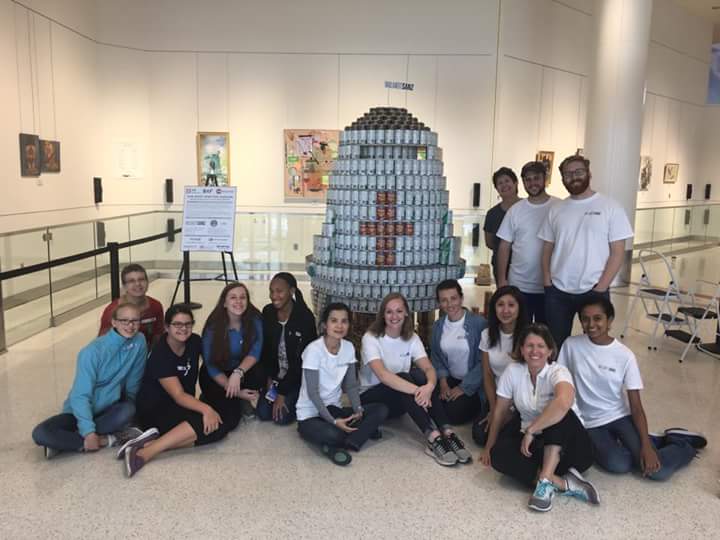 CANstruction is a unique design competition and charity event that supports local hunger relief organizations. Each year this global event gathers teams of architects, engineers, contractors and students to design one-of-a-kind structures made entirely out of canned foods. This year, the BAF and AIABaltimore organized CANstruction at the BWI Airport. All cans were donated then donated to the Maryland Food Bank.

The Future Architects Resources (FAR) committee continued its work educating K-12 students about architecture and design through a number of initiatives. FAR volunteers manned booths at numerous STEM fairs and hosted a spaghetti and marshmallow workshop at the Baltimore Museum of Industry. The Adopt-A-School program expanded with the addition of CannonDesign working alongside Brehms Lane Elementary. The committee continued its support of the next generation of architects through its scholarship programs. 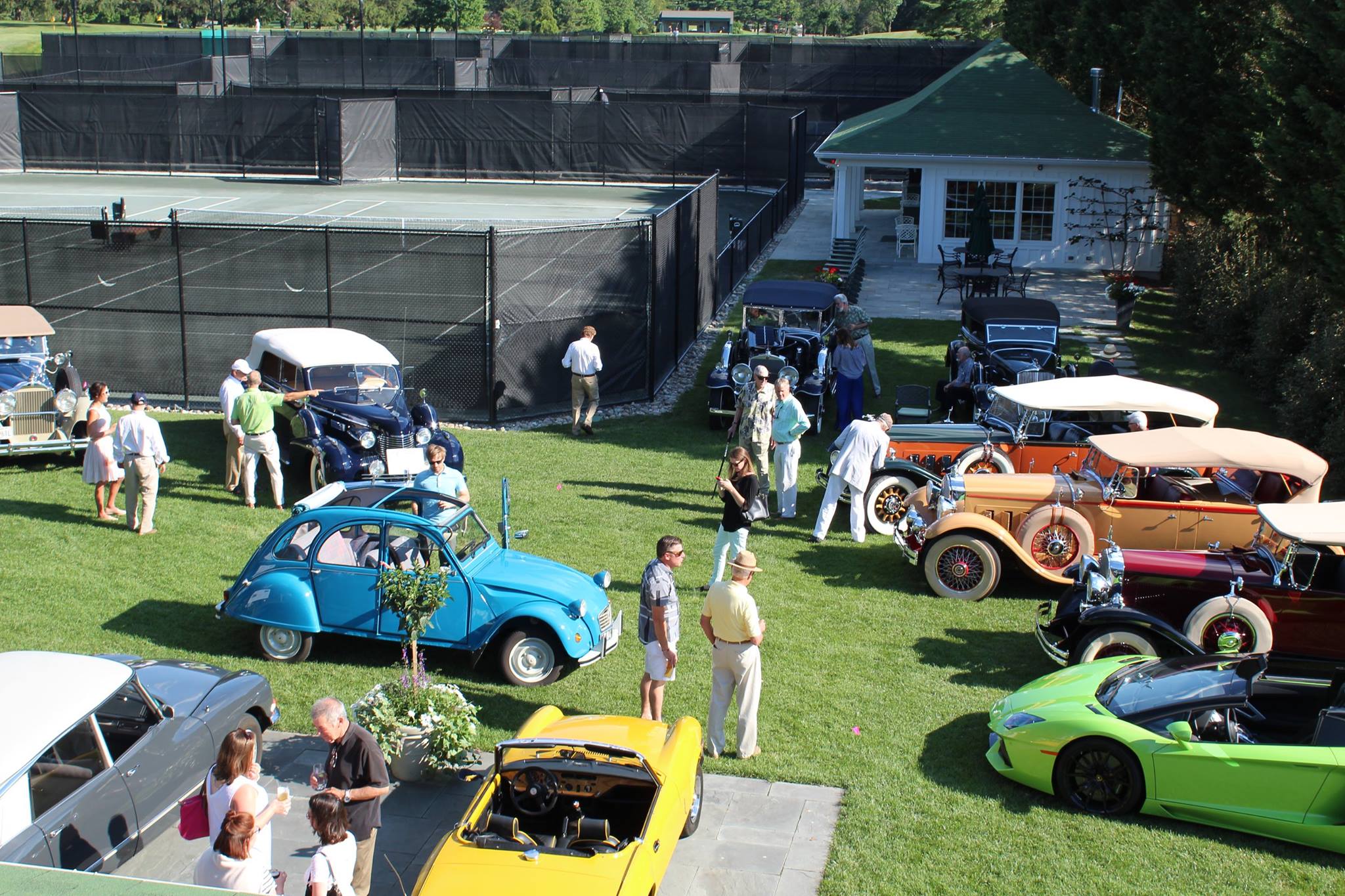 100 golfers hit the links of the Elkridge Club for the 8th Annual Schamu Golf and Auto Classic. Guests arrived later in the evening for the cocktail reception and auto classic where they enjoyed a car show, savored Caribbean-themed roast and cocktails from the open bar, featuring the Elkridge Club’s famous Southsides, and listened to the sounds of the Trinidad and Tobago Baltimore Steel Orchestra. The program raised $18,000 for BAF programs, including architectural tours, lectures, exhibitions, research, awards, and public outreach and education programs. See photos from the event on Facebook. 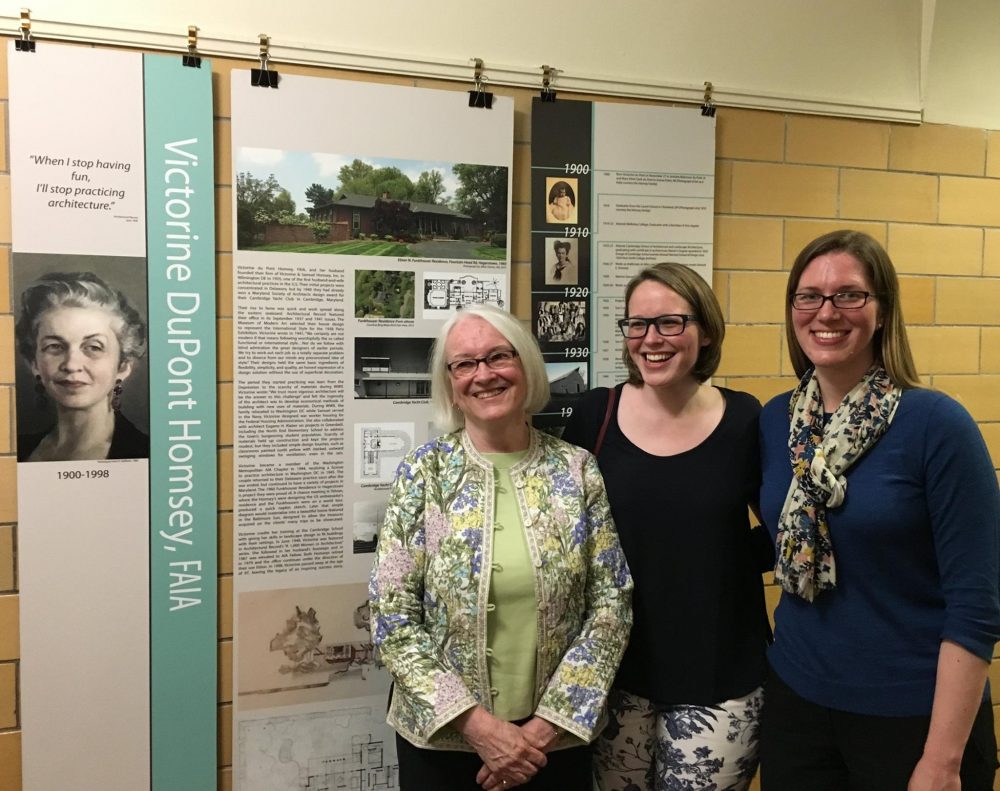 At The Architecture of Victorine Du Pont Homsey, FAIA, in Maryland talk with Victorine’s daughter and granddaughters

The Early Women of Architecture in Maryland exhibit continued to travel across the state, introducing new audiences to the work of the state’s pioneering women architects. The exhibit traveled to the Howard County Applications and Research Laboratory, Open Works in Baltimore City, the Greenbelt Community Center, and AIA National Headquarters in Washington DC, coinciding with the Women’s Leadership Summit. 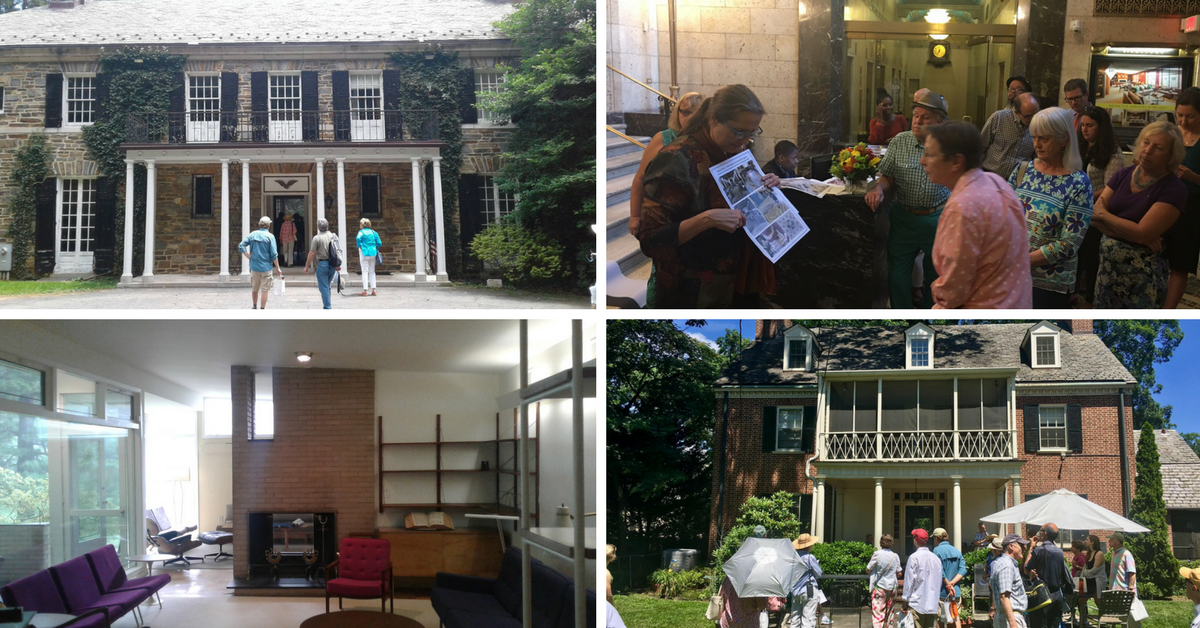 The BAF hosted a variety of tours in 2017, including a tour of Laurence Hall Fowler homes in North Baltimore, a tour of historic skyscrapers Downtown, and a special tour of an Alexander Smith Cochran home in Baltimore County. The tours were a showcase of the work of some of Baltimore’s most notable architects from the early- to mid-twentieth century. 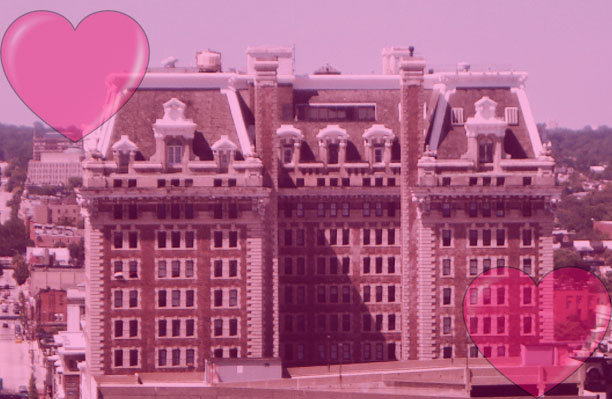 The BAF’s collection of Love Letters to Baltimore Buildings grew this year with fabulous pieces about the Carroll Mansion, Zion Lutheran Church, the Elephant, the Bromo Seltzer Tower and Baltimore’s courthouses. The BAF accepts love letters from all lovers of Baltimore architecture. Take a look at the love letter archive and submit your own!

Thank you to our 2017 Board of Directors

Thank you to our 2017 Contributors