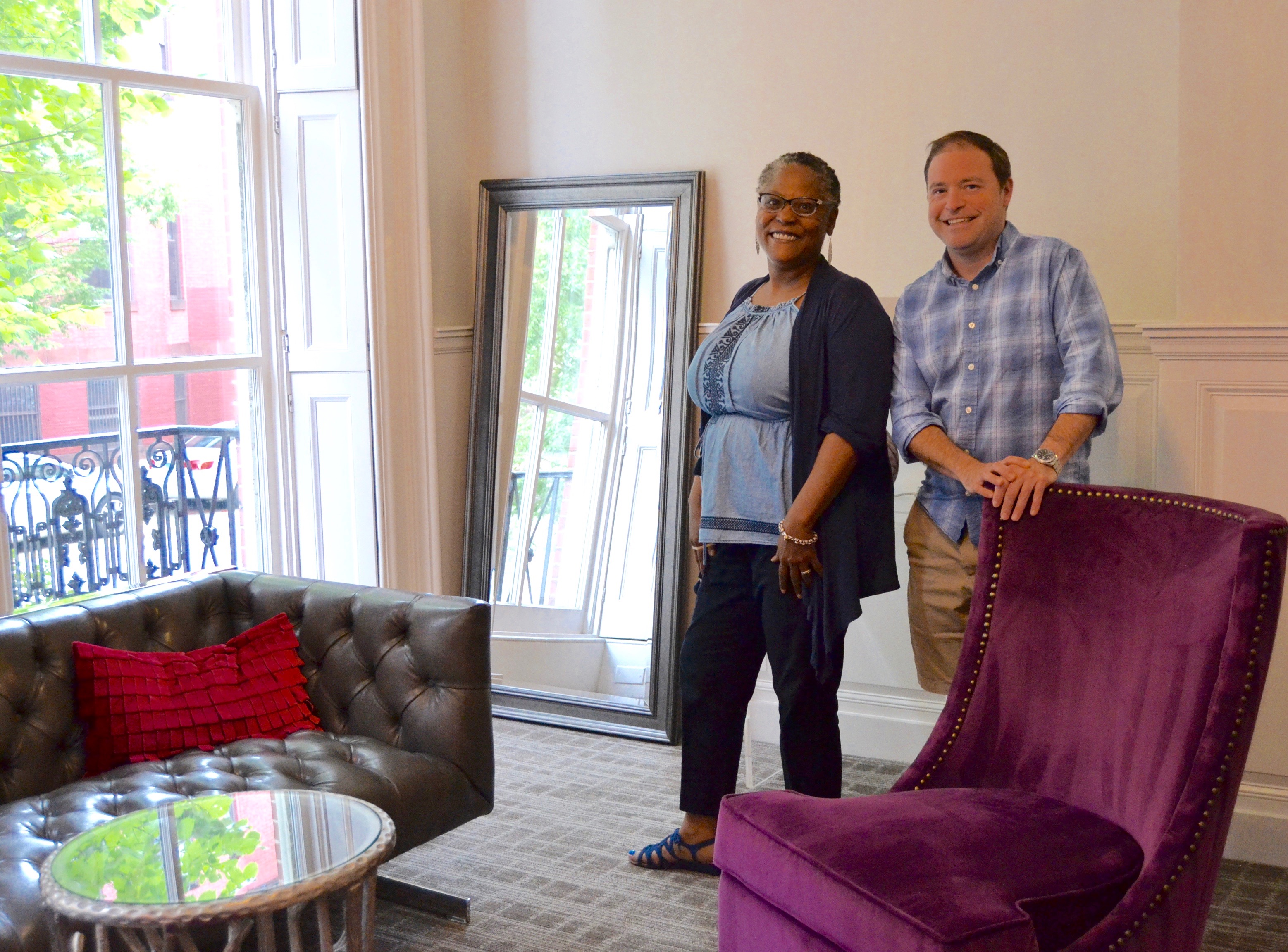 Recently celebrating its 20th Anniversary, the Baltimore National Heritage Area (BNHA) is one of many local sponsors dedicated to supporting Doors Open Baltimore 2017. BNHA protects, preserves, and promotes the Baltimore’s history and culture by encouraging visitation to historically vibrant yet overlooked neighborhoods while also providing grants for heritage tourism projects and programming. As both a state and federal heritage area, BNHA is involved in certain preservation issues that come up through state and federal processes.

In order to drive tourism and economic development to a variety of Baltimore neighborhoods, the BNHA has been offering visitors and residents access to affordable walking tours of the Inner Harbor, Mount Vernon, Historic Pennsylvania Avenue and more since 2005. BNHA’s Director of Historic Preservation and Interpretation, Jason Vaughan, and Director of Programs and Partnerships, Shauntee Daniels, sat down with Doors Open Baltimore to shed some light into why they decided to be a grant sponsor.

What inspired the BNHA to be a grant sponsor of Doors Open Baltimore?

Shauntee: Doors Open Baltimore is an opportunity for people to get out and see places that aren’t normally open to them. It seemed like the perfect opportunity to inspire people to start cross-pollinating and going to other neighborhoods. That’s what I like about it and why I’m really happy to be a part of the event.

Jason: The wealth of architecture in Baltimore is so diverse. Between the 200 and 500 block of Charles Street, you’re looking at the effects of the 1904 Fire in Baltimore where the street went wide when it was demolished, and where the fire didn’t go it got narrow again. I think it’s really easy to tell people about Baltimore history by pointing at a building or noticing the way the streetscapes change.

Shauntee: To be able to tell these stories to visitors really changes your perspective of Baltimore. We are not The Wire. We are not Homicide: Life on the Street. People that like history or architecture get that and have a wonderful experience here. They leave saying, “You know what? Baltimore is not what I’m seeing on the news. That was not my experience in Baltimore.”

What are some ways the BNHA has impacted the Baltimore community of which people might not be aware?

Jason: I think the one thing that people don’t know about is our grant programs and how much we’ve done. We’ve funded 133 projects over the past 13 years and more than $1.8 million has been invested into this city. That has had a tremendous impact on pretty much every major historic resource and a lot of minor historic resources.

Shauntee: The other piece of it is out of this grant program we’ve carved out some funds called operational grants that have been impactful as well. The operational grants are giving small museums a push to get them across to being open. We gave the Eubie Blake Cultural Center an operational grant and some of the [programs] I’ve seen them produce in the last two years is phenomenal and is getting them some recognition

Also, BNHA is hosting two Historic Pennsylvania Avenue Heritage tours as Sunday DOB special events. Tell us a little more about that tour and why it’s a must-see event.

Shauntee: While we’ve got your attention because you’re going to the Lillie Carroll Jackson House, why not experience the neighborhood—get the backstory of that neighborhood. You’ve got people that have been living there all their lives and they’re very proud of their heritage. Also, I think [hosting the Historic Pennsylvania Avenue Heritage Trail Tour as] a part of Doors Open Baltimore will give people another perspective that the community on the other side of Eutaw Street is just as vibrant and rich in experience and in heritage as any other neighborhood in Baltimore.