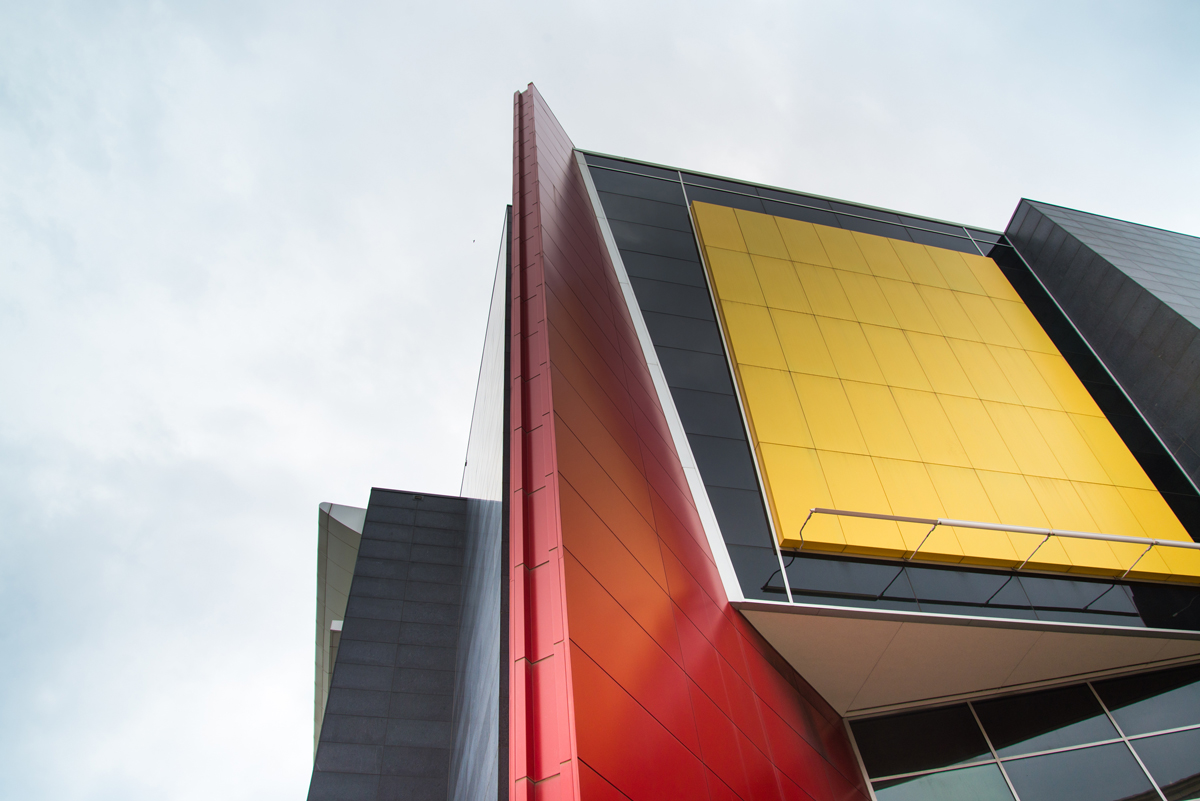 The Reginald F. Lewis Museum of Maryland African American History & Culture will be one of seven museums in Baltimore City that will grant free admission to the public for Doors Open Baltimore 2017. This 82,000 square foot Smithsonian affiliate, located on the southern tip of Baltimore’s Jonestown neighborhood, opened its doors to the public in late June of 2005, becoming the first major building in downtown Baltimore designed by African American architects.

Fellows of the American Institute of Architects Gary Bowden and Phil Freelon collaborated to design the Lewis Museum into a structure that conveyed the vibrant spirit and story of African American culture. Although Bowden and Freelon were not the first team selected to design the museum, upon hearing their design proposal, the museum’s nonprofit board felt they were perfect for the job. 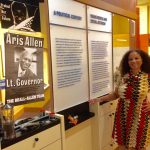 “When you look at the building, it was designed with a story,” says LaDawn Black, Public Relations Coordinator at the Lewis Museum. “What [the board] wanted was to connect the building to the story of African American culture.” From the bold exterior colors that come from the Maryland state flag to the huge red stairway that cuts through the center of the interior space, the design is meant to symbolize the pride, struggle, and triumphs of Maryland’s African American culture.

As a second year Doors Open Baltimore site, the Lewis Museum hopes that visitors will walk away with a deeper understanding of how the museum serves the Baltimore community. ”People know we are here because of the beautiful building, but they do not know the wealth of information and resources within the walls—from our galleries, to our programs and historical resources—all focused on the African American experience in Maryland,” Black says.

Doors Open Baltimore visitors will have the chance to explore the museum’s permanent exhibitions such as “Building America” and “Strength of the Mind,” in addition to a new temporary exhibition “Maryland Collects: Jacob Lawrence” scheduled to make its debut this September. “A lot of Maryland collectors have decided to donate their [Jacob Lawrence] pieces to the museum so we have over 50 pieces,” Black says. “Jacob Lawrence is, of course, tremendously popular and very well-known so we’re hoping with that we can pull people in.”

Another must-see exhibition will be found in the museum’s newly renovated space designated for their Lewis Now collection. Located on the first floor just beyond the gift shop, the Lewis Now collection will highlight the most recent topics and issues being discussed throughout the Baltimore community at the time. The museum’s goal is to be as timely as possible with this space since it will change quickly based on the news of the week.

Bringing a different perspective to the current dialogue surrounding Baltimore’s African American community is a commitment that the Lewis Museum made known when they announced 2016 as the “Year of the Black Man.” During that year, the museum organized exhibitions, programs, and events that explored the perception, controversies and struggles of Black men. “I think a lot of times the press here in the city and we tend to run with bad news. As a result, Black men aren’t shown as great fathers—they aren’t shown as productive young men, college-educated young men, men with good jobs,” Black admits. “So [through] the “Year of the Black Man” we wanted to be that vehicle presenting a different story.”

Doors Open Baltimore visitors will have the opportunity to learn more about the extraordinary stories that have and do shape African American culture in Maryland when they visit the Reginald F. Lewis Museum on October 28.