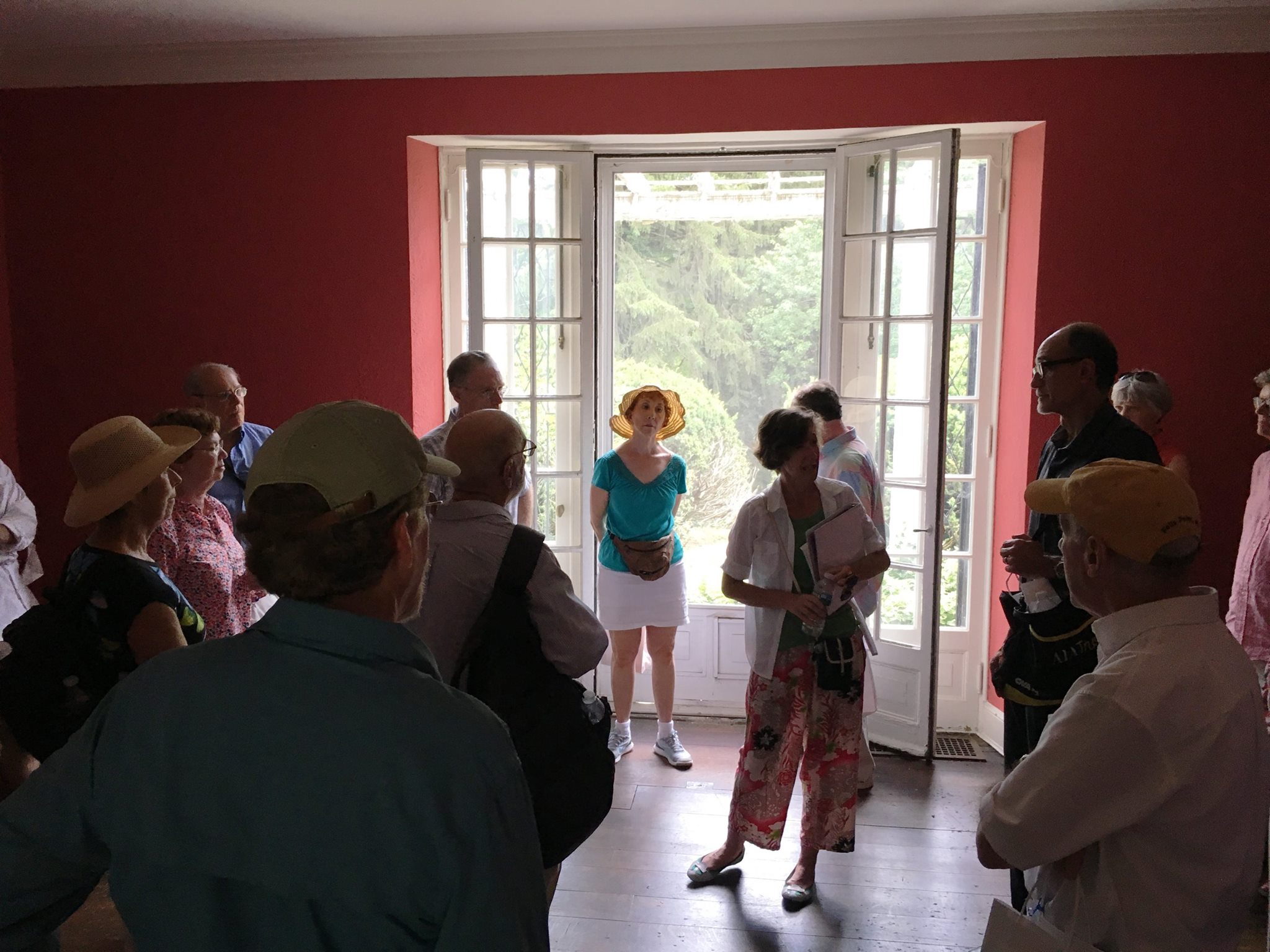 On June 24, The Baltimore Architecture Foundation (BAF) partnered with the Evergreen Museum & Library and Calvert School to host a tour of buildings in North Baltimore designed by architect Laurence Hall Fowler. The tour began at the Calvert School’s Lower School on Tuscany Road where Fowler scholar Amy Kimball gave a short overview about the architect in the school’s assembly hall.

Participants gained rare access to a number of Fowler homes, including a home that was designed for Fowler’s cousins and is now part of the Calvert School campus, 29 Warrenton Road, and 4 Blythewood, a 10 bedroom, 10,000 square foot mansion. The tour ended at the Evergreen Museum & Library, once home to John W. and Alice Garrett who commissioned Fowler to modernize the Greek Revival mansion. At Evergreen, Kimball shared drawings from Johns Hopkins University’s Fowler archive and visitors were allowed to tour the library and Bakst Theater.

Special thanks to the Evergreen Museum & Library and the Calvert School for being such great partners. And a very special thank you to Fowler scholar Amy Kimball for leading the tour.

View more photos of the tour on the BAF Facebook page.