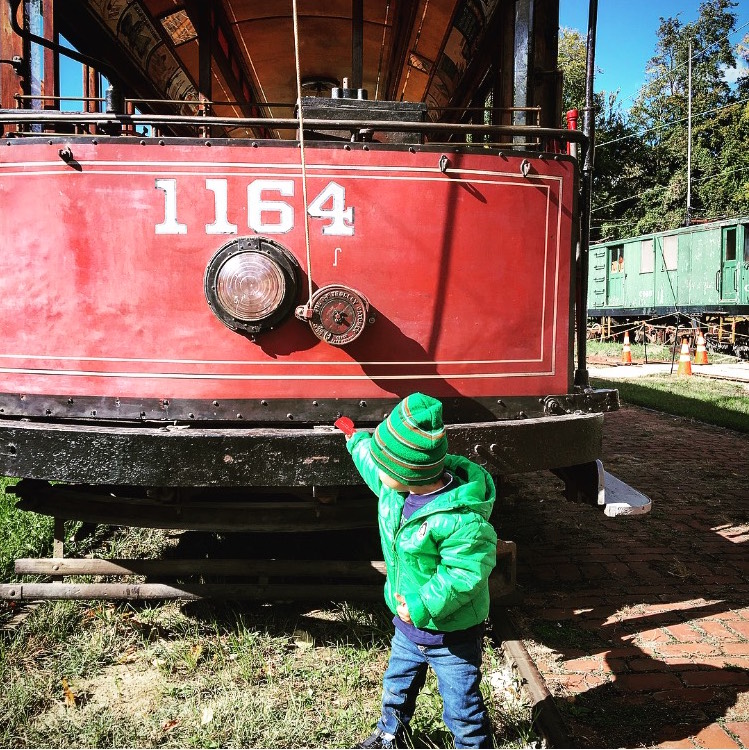 “I hadn’t realized how much history was in Baltimore. Baltimore has received so much bad publicity that unfortunately, that becomes the perceptual set for the city, as well as, the people of the city. It was nice to see different, especially as a black man,” says Robert Butler, one of our 2016 Buildings You Love Instagram Photo contest winners.

“What inspired me to participate in the contest was my love for architecture and photography. I first saw an opportunity to explore Baltimore in a way that I never have before, and the photo contest was a bonus. I love to explore and take pictures for my Instagram feed, so this was a perfect opportunity.”

Robert’s winning photo was taken at the Baltimore Streetcar Museum, and he’ll never forget how they allowed his three-year-old son to get on the trains. He stated, “[My son] was able to get close and personal with this special machinery, which was great because he has an affinity for trains, construction equipment, big trucks, etc.”

As a parent, Robert believes Doors Open Baltimore presents the opportunity to have a great day out with the kids at no cost. “To this day, we talk about the event. It was a great day of bonding for us. We both had hearts and took turns placing it in different places for the picture contest,” he says.

Thank you for sharing, Robert! We hope to see you and your family at Doors Open Baltimore later this year!