The Baltimore Architecture Foundation has sponsored an annual lecture for most of its history. The Robert E. Lewis Memorial Lecture brings an expert in the field of Architecture to our city for an evening of discussion about the built environment, be it focused on the work of an individual practitioner or an overarching topic. 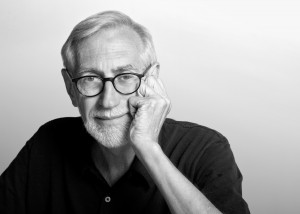 We have had substantial interest in this event, with over 200 people preregistered already. Please RSVP to director@baltimorearchitecture.org in order to guarantee a seat for the lecture.

Wine and Cheese Reception to follow. Reception co-sponsored by the Mount Vernon Place Conservancy and The Walters Art Museum.

Laurie D. Olin, internationally-recognized landscape architect and founder of The Olin Studio in Philadelphia will discuss his firm’s design philosophy touching on some of their work in Baltimore such as Pratt Street and Mount Vernon Place. Wine and cheese reception to follow. *Reception co-sponsored by the Mount Vernon Place Conservancy and The Walters Art Museum.

Laurie is a distinguished teacher, author, and one of the most renowned landscape architects practicing today. Laurie studied civil engineering at the University of Alaska and pursued architecture at the University of Washington, where Richard Haag encouraged him to focus on landscape. He has guided, from vision to realization, many of OLIN’s signature projects, which span the history of the studio from Bryant Park in New York City to the Brancusi Ensemble in Romania. Recent projects include Simon and Helen Director Park in Portland and the new Barnes Foundation Art Education Center in Philadelphia.

The Robert E. Lewis Memorial Lecture is sponsored by the Baltimore Architecture Foundation through a gift from the family of architect Robert E. Lewis. This Free Fall Baltimore program is funded in part by a grant from Mayor Stephanie Rawlings-Blake and the Baltimore Office of Promotion & The Arts.

The Baltimore Architecture Foundation
Annual Lewis Lecture
Thursday October 22nd, 2009
6:30 pm at The Meyerhoff Auditorium
Baltimore Museum of Art
free
“When Buildings Try Too Hard.” With Witold Rybczynski
Witold Rybczynski, the Martin and Margy Myerson Professor of Urbanism at the University of Pennsylvania and architecture critic for Slate magazine is the author of more than fifty articles and papers on the subject of housing, architecture, and technology. His essays appear regularly in the Wall Street Journal, The New York Times, and the New York Review of Books, he has also written for The New Yorker and The Atlantic. Join Rybczynski as he discusses when buildings try too hard to be icons.